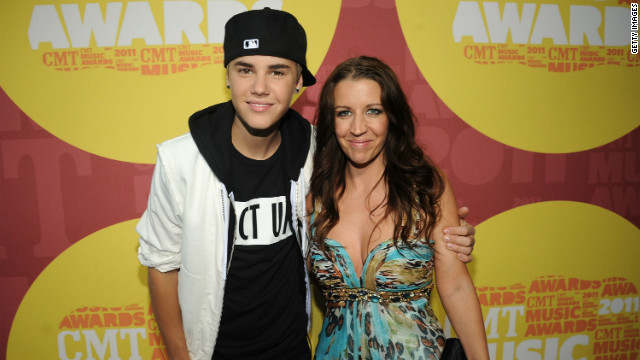 (CNN) – At the age of 17, Pattie Mallette threw herself in front a moving truck in a botched suicide attempt.

Six months later, Mallette learned she was pregnant with her son, now known to the world as pop star, Justin Bieber.

Mallette describes her dark past and bright future in the new book, "Nowhere but Up: the Story of Justin Bieber's Mom." Mallette told CNN she remembers the feeling the of hitting rock bottom:

[2:50] "When I was in the hospital for trying to commit suicide I was desperate and I just literally cried out to God and said if you are real you have to come and help me and if you have a purpose and a plan then it's got to be better than what I'm doing so let's see it."

As a single mother with a musically-talented son, Mallette uploaded videos of a young Justin to YouTube for friends and family, and found it hard to ignore all of the attention coming in from the music industry:

[4:04] "After the offers kept coming and Scooter, who is Justin's now manager, was very persistent, I had to give him a chance to have a voice in this and say what do you want do and then come along side him and support him. It took a lot of prayer and conversations with Justin."

Proceeds from Mallette's book will go to her Nowhere But Up foundation.