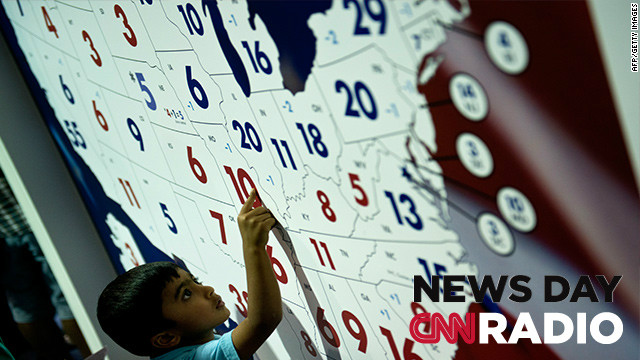 “It had no new material in it... This was in fact, just an old-fashioned pep rally".

"Take the single state of Ohio... It's getting more campaign spending and more candidate attention than the smallest 29 states combined."

"I've never been the first anything so having that title next to my name is gonna... oh man, it's gonna feel amazing," Ballantyne says.