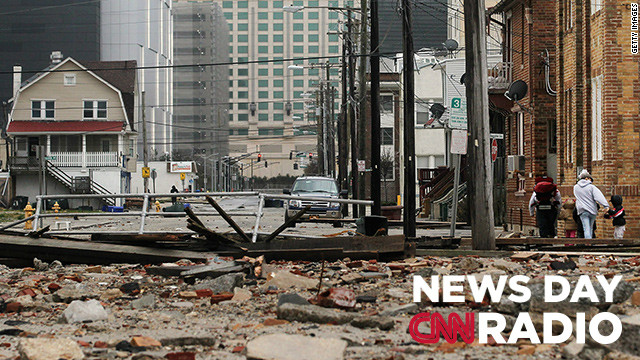 “We looked at Lavallette, Ortley Beach, Seaside Heights and Seaside Park.  All of them are nearly completely underwater," Governor Christie said.  "Houses are moved off of their foundations. There are houses in the middle of Route 35."

"It's being felt out as far west as just about the Mississippi river. Northward to Canada, and even as far south as South Carolina and Georgia – the area covered by the system," says National Weather Service meteorologist Andrew Krein.

"I've never let other people's opinions, you know, sway what I'm gonna do or what I'm not gonna do.  So, if it's something that you think you'd enjoy and you think you'd have fun with it go ahead and do it."