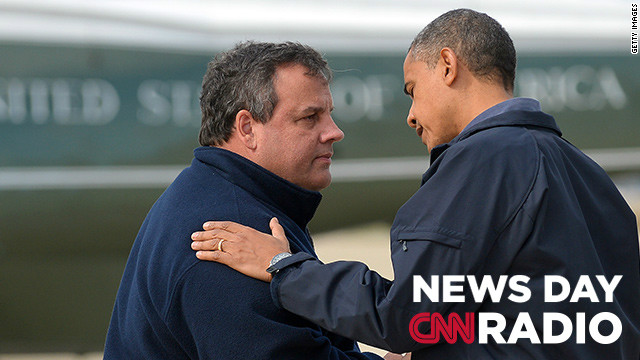 “We're at ground zero.  It's not gonna ever be the same. It'll never be that old Seaside Heights it's all going to be different...  We lost two piers.  They're in – they're in the ocean."

" The Iranians have been trying to get arms from Libya to Gaza.  They're getting arms via Sudan to Gaza."

"There's already a holiday based entirely around knocking on your neighbor's door.  And when does Halloween happen to fall?  Right before elections every year."