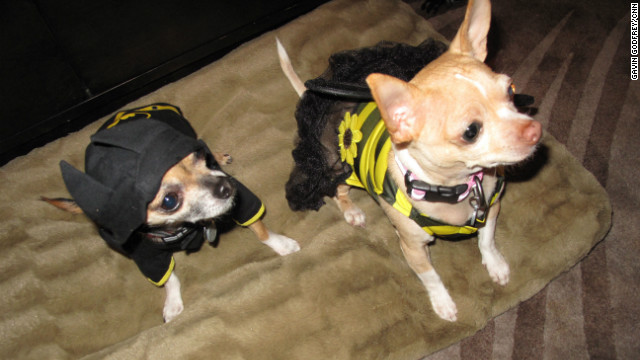 (CNN) – This Halloween Americans are expected to spend $370 million on pet costumes, according to the National Retail Federation.

Stacia Wilkaitis has been dressing her dogs since 2004, and it has become more of a hobby than a tradition.

[:20] "People have said that my dogs have better wardrobes than they do."

The NRF reports also says that the average American will spend $79.82 on themselves this Halloween and with the country struggling financially, some question the wisdom of spending so much money on pets.

For Wilkaitis though, her dogs Chopper and Lola are more than just pets, and it's an easy decision.

[2:30] "They're everything to me and they're a part of the family. They are my little family. I don't have children. Lola's been through a lot with me; heartbreak, a death. So, she's my little companion."