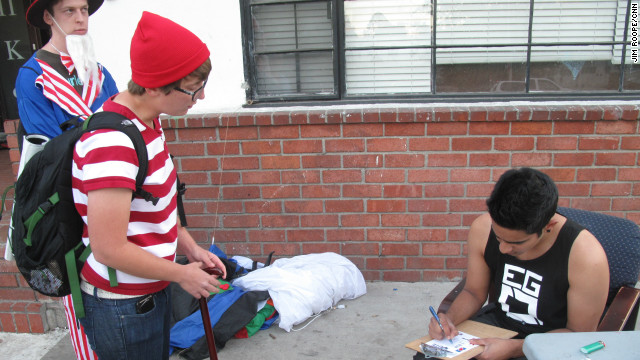 (CNN) – Halloween is here. And tonight, mixed in with the sounds of children yelling ‘trick or treat’ may be young adults shouting…'Trick or Vote!'

Trick of Vote is a nationwide effort to encourage younger voters to get to the polls next Tuesday and exercise their civic duty.

[:16] 'There’s already a holiday based entirely around knocking on your neighbor’s door, which is of course Halloween. And when does Halloween happen to fall? Right before elections every year.'

Getting young people to vote has always been tough, and it's hoped that fun efforts like this will show young voters that the process doesn’t have to be  hard.