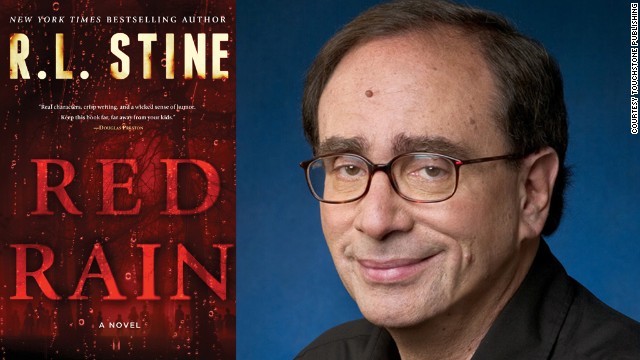 (CNN) – He's been dubbed "the Stephen King of children's literature."

The novel comes on the heels of the 20th Anniversary of his popular "Goosebumps" series. It's a sort of dedication to his readers who are now grown up and, via social media, begged Stine to write a more mature novel.

As a kid writing joke books in class, Stine recalls a time when he was close to choosing a different path.

[2:10] "People always ask me, 'Did you have a special teacher that encouraged you to write? That inspired you?' This is horrible. I always have to say they begged me stop...I really think if they hadn't begged me to stop I might have stopped and that would have been it."

Instead, Stine went on to become one of the best-selling children's writers of all-time.

His success is rooted in his odd sense of humor.

[4:32] "People like violence. People who complain about books and video games [saying], 'The video games are too violent' - I think they're just wrong. I think it gets out a lot of tension from kids and gets out a lot of angry feelings. Kids feel like monsters sometimes, they have to get that out."

Editor's Note: Listen to the complete interview in the player above.