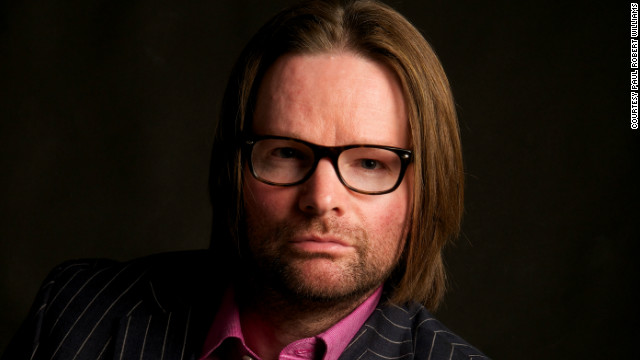 Research psychologist, Kevin Dutton, and author of the book, "The Wisdom of Psychopaths."
November 9th, 2012
07:07 AM ET

(CNN) - Are you or is someone you know a psychopath?

Do you or someone you know fall somewhere on the psychopathic spectrum?

You may not know for sure until you listen to this week’s CNN Profile of Oxford University research psychologist Kevin Dutton.

Dutton is author of the new book “The Wisdom of Psychopaths.”

As he explains in this interview, not all psychopaths are violent. In fact, there are many highly functioning psychopaths. One may even be your boss. And you can’t judge if a person is a psychopath by simply looking at him, or even from a brief conversation.

Dutton maintains that many people have great success in highly skilled fields not in spite of but BECAUSE of certain psychopathic traits, including a British neurosurgeon he interviewed.

Dutton may have been destined to study psychopaths. His father was one. Not a violent psychopath. A charming one, as so many are. Wait until you hear Dutton describe how his father once conned a restaurant full of patrons.

After you listen to our interview with Professor Dutton – you can spend some time on a psychopathy questionnaire - a "quiz" short version or a sign in for a longer one. Neither will provide a diagnosis. But your psychopathy radar will be better than ever.

Dutton’s wife of 13 years has had enough of his immersion in the world of psychopaths. You can hear how he plans to address her concerns on this edition of CNN Profiles.

Editor's Note: Listen to the complete interview in the SoundCloud player above.