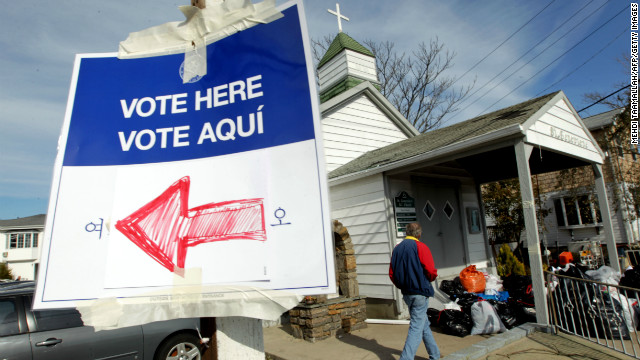 Exit poll 'gold' harder to mine

When it comes to voter behavior and attitudes, she says there’s nothing like the exit poll data that comes with every presidential election:

[:51] "For those of us in the survey research and public opinion field, in politics – the value of the exit poll is much greater AFTER election night. It’s the vehicle by which we can understand what happened and how and why and by whom."

But this year, the exit polls changed – to deal with how elections have changed.

CNN is part of a media consortium that sponsors and pays for the exit polls: it includes ABC, CBS, NBC, Fox and the Associated Press. Now, the consortium, called the National Election Pool, has to track down those early and absentee voters by telephone. It’s much more expensive.

This election year, the media consortium made some tough choices to deal with those rising costs – and to beef up polling in 31 states with competitive national races.

The trade-off was do less extensive exit polls in 19 states that weren’t considered battleground states. States considered solidly red or blue and easier to predict. States like South Carolina, and Texas.

It was a painful decision, Holland says. Data-loving pollsters like Nancy Belden, and academics who use exit poll data in their work, agree.