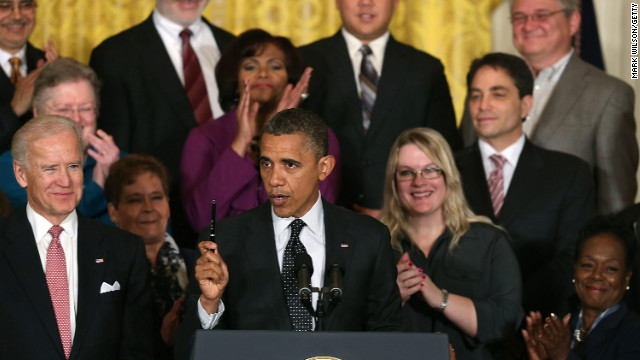 OPINION: How progress is possible in Obama's second term

[0:38] "President Obama does not have to remain content with the domestic agenda he has already achieved. He could succeed like Ronald Reagan in 1986, when Congress passed, with bipartisan support, a major tax reform bill that closed many loopholes and lowered rates."

[2:43] "Nothing is inevitable in American politics. The history of Washington is filled with moments when something should have happened but didn't. Politics has a way of sidetracking progress on almost any issue. Talk about compromise that often follows an election is cheap, frequently leading to nothing."