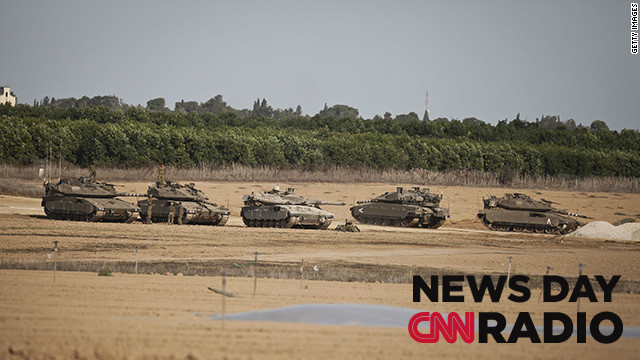 "It's a much, much more volatile region that Israel has to face, and the Israeli leadership has to realize the volatility of its neighbors could easily spill-over.  Not necessarily militarily,  but politically and make this current situation even more complicated."   END_OF_DOCUMENT_TOKEN_TO_BE_REPLACED

Salman Khan, founder of The Khan Academy, says he wants to have a global impact on education.
November 16th, 2012
09:54 AM ET

CNN Profiles: The teacher in the one world schoolhouse

(CNN) - This is the time in the school year when parents really have a sense of whether their children are struggling academically.

For those parents whose children are having a hard time with math, and are seeking help, one name seems to be popping up more and more: Salman Khan.

Each month, 7 million children and adults log on to Sal Khan’s website, the Khan Academy, to get clear, entertaining, informal video tutorials on everything from basic addition to advanced calculus and more.

So who is Sal Khan? Where does he get his credibility?

Is it from the three degrees he earned from MIT or the Masters he received from Harvard after being raised by a single mother who struggled to make ends meet?

Is it from the raves he gets from Bill Gates who uses Khan’s online videos for his own children?

Is it because he did not create the Khan Academy to make a fortune but to have an global impact on a critical area of education?

You can judge for yourself when you listen to Sal Khan tell his story on this CNN Profile.

It all began with Sal Khan’s desire to help one young relative who was underperforming in her math class.

And then, as you will now hear, serendipity took over.