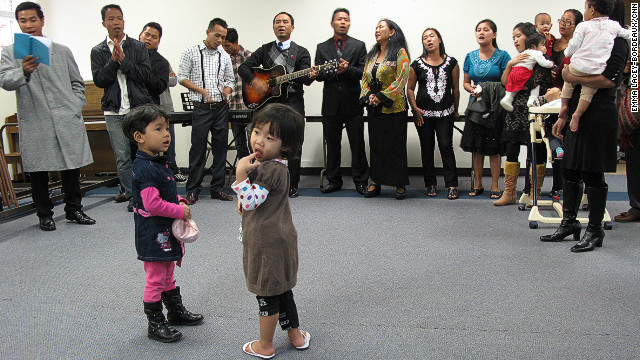 Hopes and prayer ahead of historic Myanmar trip

(CNN) – On Monday President Barack Obama will become the first sitting U.S. president to visit Myanmar. The trip comes nearly a year after Secretary of State Hillary Clinton visited with a pledge of better relations if the country made democratic reforms.

Among those closely watching this trip are ten Burmese refugee families in Decatur, Georgia. The families gathered together on a recent Sunday at their church to share their thoughts about this trip.

Loro Puia has been in the United States for five years. He shared his feelings through a translator.

[2:20] "We are very grateful to Obama who is the father of a great nation who is going to visit the poorest country in the world."

Puia and the others said they fled their country in recent years because of crippling poverty but also because, until very recently, the country was under the harsh rule of the military.

Hzir Tluangpuii left Myanmar in 2007. From afar she's seen changes in her homeland but recalls a tough life.

Despite those bad memories, these families have a real longing for their homeland. Tluangpuii tears up as she thinks about her family:

That's why they have high hopes for Obama's trip and, until their country changes, reunions are on hold.