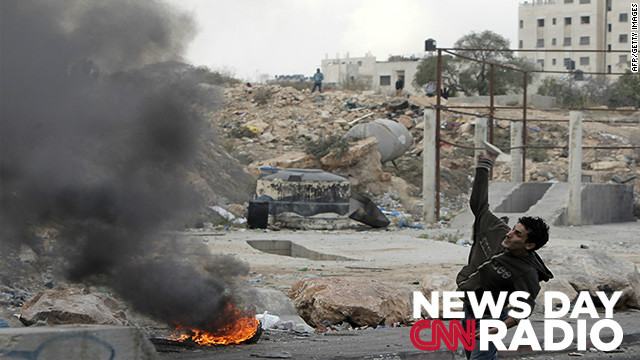 A Palestinian youth throws a stone towards Israeli forces at the Qalandia checkpoint, in the Israeli occupied West Bank, on November 19, 2012.
November 19th, 2012
04:30 PM ET

"We rushed over there and there was black smoke pouring out of the lower floors...  Coming out of the building, on the stretcher, we saw the body of a man who'd been severely burned. He was put in the ambulance and taken away. Later we learned that two people were killed in this attack."

END_OF_DOCUMENT_TOKEN_TO_BE_REPLACED 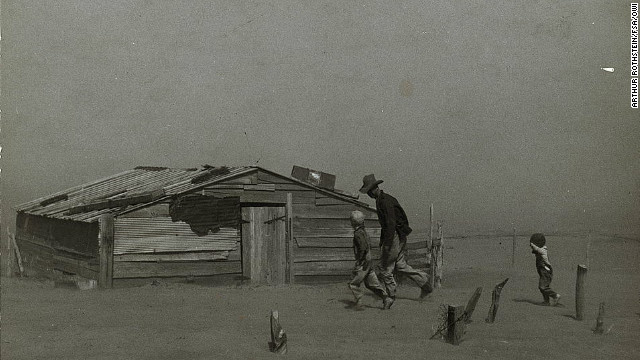 Lessons from the Dust Bowl

(CNN) - The northeastern U.S. continues to deal with the destructive aftermath of Hurricane Sandy, a storm some say was goosed by man-made effects on the environment. Decades ago, there was another event that prompted similar questions.

The Dust Bowl of the 1930s was one of the worst man-made ecological disasters in U.S. history. Its combination of drought, wind and ill-advised farming practices set the table to create vicious dust storms over nearly a decade's time. The fiercest occurred over a region that included the Oklahoma panhandle and four other surrounding states. Homesteaders who lived through the storms called them "black blizzards," or "tornadoes on their sides."

[2:23] "Looking back on it, I think it carried with it a feeling of being unreal but almost being...evil." END_OF_DOCUMENT_TOKEN_TO_BE_REPLACED