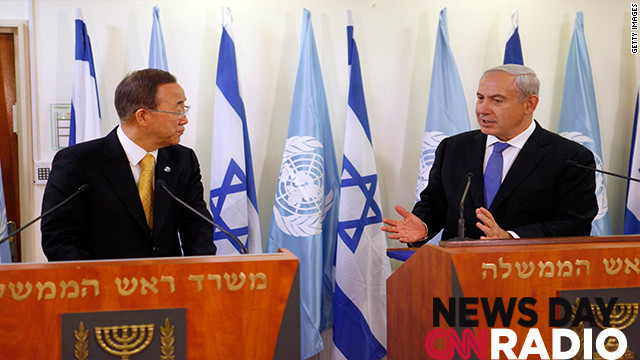 " I know how difficult the situation is here. But, Israel must exercise maximum restraint. I strongly caution against a ground operation which will only result in further tragedy."

"They have night vision equipment which is what allowed them to launch their offense at 4 a.m. this morning. They also have, for instance, 120 millimeter mortars, which they did not have not so long ago."

"So, one of the consequences of homelessness being with us for now three-plus generations is that homelessness has lost its rank as a tragedy in this country", says Neil Donovan who runs the National Coalition for the Homeless.

Subscribe to this podcast on iTunes or Stitcher. And listen to CNN News Day on our SoundCloud page.