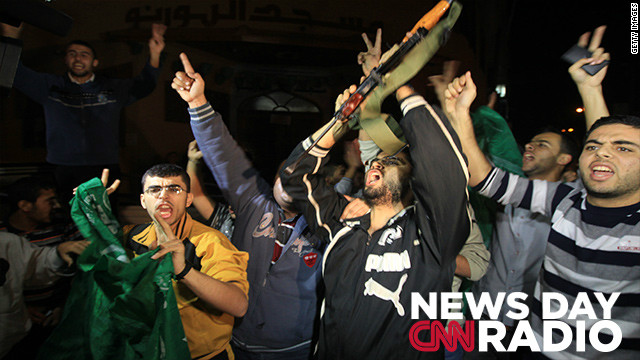 Palestinians shout and flash the V-sign for victory as they celebrate the beginning of the truce with Israel in Gaza City on November 21, 2012.
November 21st, 2012
04:30 PM ET

"I think I was very worried and a lot of Muslims were very worried that they would attribute his death to the teaching of Islam."

"The Red Cross it doesn't come down to this side so much",  says one resident of the Rockaways in New York.