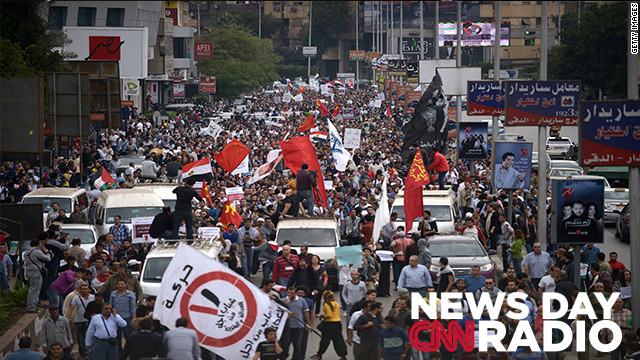 "Morsy has to be careful. He doesn't have a sweeping mandate to issue these decrees and rule by decree."

"The U.S. government's request [to Google] have gone up significantly over the past year and a half."

"The fact that people are making donations out of the their own wallet suggests that at least some Americans are willing to pay higher taxes",  says Dianne Lim,  an economist with the Concord Coalition.