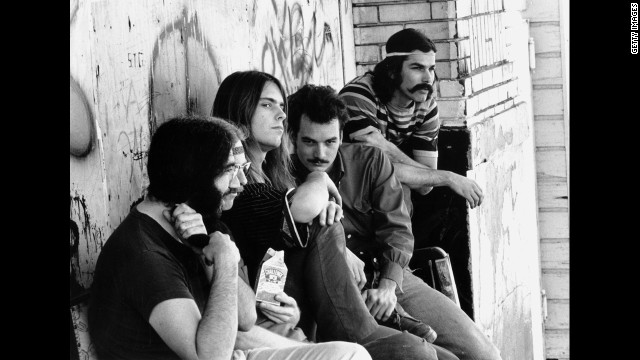 (CNN) - Welcome to CNN Soundwaves Sunday Playlist, a survey of the podcast landscape and what we're listening to.

This week, we mark some significant dates coming up in the music world. Plus, this interesting discovery for Grateful Dead fans:

• If you or someone you know is a Grateful Dead follower, you probably know about the extensive recorded archive of Dead shows. The band was methodical in its efforts to record their shows. The band's dedicated fans were no different. As a result, there's a vast amount of audio documentation of the group's performances, all categorized by date and venue. Deadheads refer to the recordings as if they were vintage wines from various terroirs. The New Yorker's Nick Paumgarten has a story this week about this archive of Dead recordings and about a recent interesting discovery. @newyorker

Paumgarten and The New Yorker's Sasha Frere-Jones and Sasha Weiss talk about the story in the magazine's Out Loud podcast (jump to about 3:35 to hear that segment):

• This week marks 30 years since Michael Jackson's "Thriller" album was released. Out in late 1982, by January the next year, it already was a platinum-selling album (that means it sold over one million copies). "Thriller" ultimately sold over 50 million copies worldwide and has seven Top 10 singles. That album and its song, "Billie Jean," resulted in Jackson becoming the first artist to have a number one pop single, pop album, R&B single and R&B album simultaneously. "Thriller" remains the all-time best selling album in the record industry.

Check out ThrillerCast on iTunes. It's a whole series of podcasts devoted to Michael Jackson's "Thriller" and the influence it's  had on various artists. Be sure to listen to the one featuring "Thriller" producer, Quincy Jones.

• On Friday, singer Glen Campbell will give his very last concert in Napa, California. The 77-year old singer and songwriter is concluding his multi-city "Goodbye Tour." Campbell has a slew of hit songs, like "Rhinestone Cowboy," "Gentle on my Mind," and "Wichita Lineman." In 2008, Campbell released, "Meet Glen Campbell," an album in which he covered the songs of others, including U2 and the Foo Fighters. We list a few profiles of Campbell below. Check them out and you'll hear how Campbell helped make hit songs not just for himself but for other artists as well.

And a studio session he did for World Cafe in 2008. @WorldCafe

We'll let Radiohead take us out, with their cover of Campbell's "Rhinestone Cowboy."