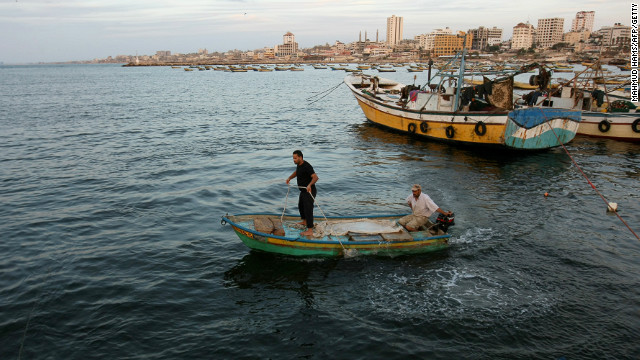 Ferwana has missed this fish because of restrictions imposed on Gaza's coastline. Citing security concerns, weapons smuggling and the desire to prevent attacks, Israel restricted Gaza's fishing to only three nautical miles from shore. That's meant a small supply of fish and high prices for years.

That all changed last week. Ferwana explains the scene:

[:34] "Everybody started cheering out because that means a lot of fish and rare fish to be coming to the markets."

This was one result of the fragile ceasefire which ended eight days of fighting between Israel and Hamas. The fighting claimed the lives of more than 160 Palestinians and six Israelis.

Although he's excited, Ferwana strikes a cautious tone about the ceasefire. He's not yet convinced the violence will stop. Also, there's a greater frustration for him. He's happy he'll have better access to quality seafood but he's bothered by politics and international diplomacy intruding into such a mundane part of life:

[3:25] "We civilians we would love to have a solution. We would love to just live a life and that's why I myself believe in coexistence with Israel."