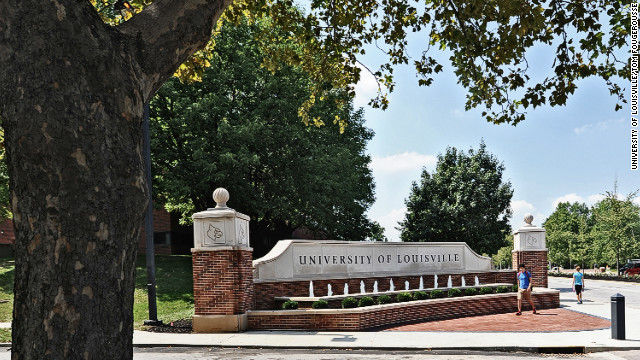 Campuses across the nation are thinking though how to implement new Title IX guidelines about sexual violence.
December 4th, 2012
10:44 AM ET

Editor's note: Listen to our podcast in the above player to hear the complete story.

(CNN) - Georgia Turner grew up in a small town in eastern Kentucky. She studied hard, she played played soccer and she didn't even consider going to a party until she got to college.

The petite sophomore recalls her excitement to start classes at the University of Louisville. She even paid to move in early. Then, one August night two years ago, she went to a party, her first, with some people she'd just met. That's all she remembers from the night. The next morning she felt awful.

For about a month Turner just tried to cope.

[2:40] "I literally spent a lot of the time  making myself throw up  and trying to get whatever happened to me out of my body."

Eventually she  got help. About a year after that attack Turner decided to speak out. At a Take Back the Night rally on her campus she took a stage to share her story to about a couple hundred of her peers. She was so nervous she couldn't eat all day.

[:32] "Every school would like to think it's immune from sexual violence but the facts suggest otherwise. According to one widely referenced study 1 in 5 women is sexually assaulted while in college."

Duncan spoke not only about the scope of the problem but about new guidelines for how schools will have to deal with this scourge on their campus.  Under the landmark Title IX legislation, Duncan said, schools have an obligation to ensure students impacted by this get justice and also the help they need to complete their education:

[:54] "We know that if children and young people aren't safe they can't learn. It's as simple and as fundamental of a problem as that."

At the time, this announcement passed with only scant notice. Now, around the country, administrators are working to ensure they comply with the various new requirements of this law.

Questions remain about how the student justice system should work, how to best work with police and there are questions about mandatory reporting. But with several high profile investigations into how colleges deal with sex crimes, pressure has ramped up on campuses to take these new measures seriously.

At the Take Back the Night rally in Louisville, Turner can't stop smiling. She told her story and her peers not only listened, but afterwards they came up to offer Turner hugs and words of support. It's an ending that authorities hope they'll see a lot more of as these rules fall into place.