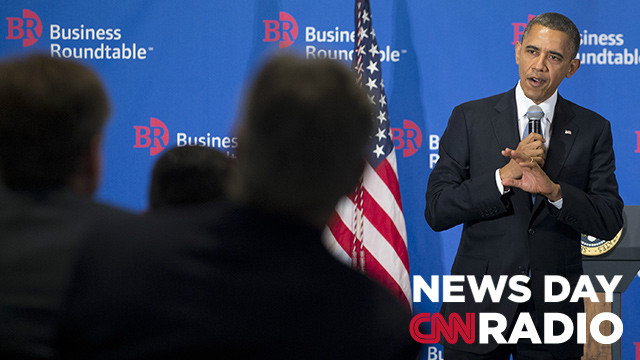 US President Barack Obama arrives to speak on the fiscal cliff negotiations and business relations during the Washington Business Roundtable in Washington, DC, on December 5, 2012.
December 5th, 2012
04:32 PM ET

"You need between 40 or 50 percent of your doctors to be generalists for your system to work. I mean, that's what the research shows and we're at 32 percent in the country now," says Dr. Patrick Dowling, chairman of the Department of Family Medicine at UCLA.

"...as states we certainly have the right to determine for ourselves the policies in which we want to move forward.  I think, however, there is a supremacy clause which is very applicable in this case."