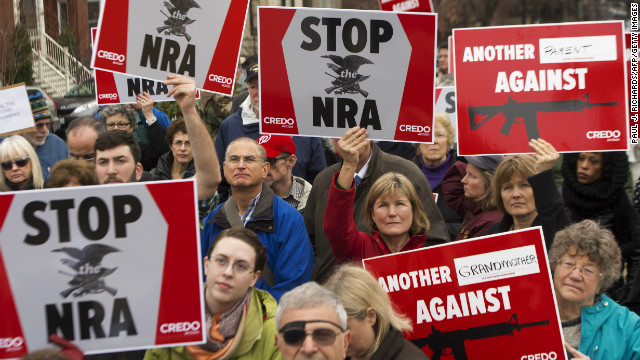 (CNN) –  Will Newtown change the way America deals with guns?

The mass shootings just in the past two years – Tucson; Aurora, Colorado; Oak Creek, Wisconsin – they seemed like they would change things. They didn’t.

But President Obama’s word and his tone at the interfaith service in Newtown, Connecticut last night suggested that this time – with 20 children and 7 adults dead – would be different.

[:30] "We will be told that the causes of such violence are complex, and that is true. No single law, no set of laws can eliminate evil from the world or prevent every senseless act of violence in our society, but that can’t be an excuse for inaction. Surely we can do better than this."

And today, some signals of change in Congress.

Sen. Joe Manchin, a conservative Democrat from West Virginia who has an “A” rating for his support of Second Amendment rights from the National Rifle Association, said even he believes Newtown is a tipping point for gun control. He spoke on MSNBC’s “Morning Joe:"

[1:14] "It's time to move beyond rhetoric. We need to sit down and have a common sense discussion and move in a reasonable way."

And Rep. John Yarmuth, a moderate Democrat from Kentucky, apologized for being “largely silent” on the issue of gun violence. He said he wouldn’t be anymore.