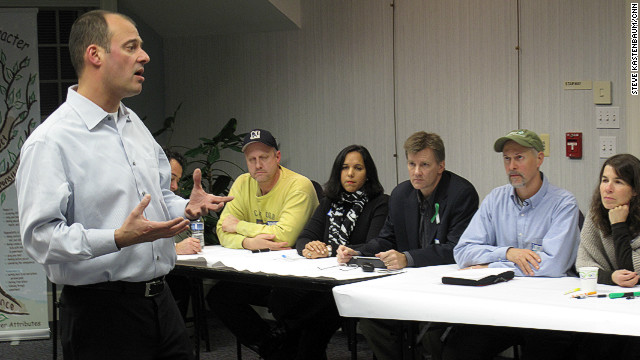 Newtown residents are channeling their anguish and anger over the Sandy Hook shooting into action.
December 18th, 2012
01:56 PM ET

(CNN) –  The anguish and anger that many Newtown residents feel is being channeled into action.

A few days after the killings, a grass roots movement was born in a meeting room at the local library. Friends and neighbors formed Newtown United.

[4:56] “How do we prevent this from happening? How do we let other people know that we need to do something about this and this probably won’t be the last time this happens. But how can we can try to minimize this from every happening again or the probabilities,” said Lee Shull, one of the founders of the group, “Really, waking people up; wondering when is the country going to wake up.”

All ideas are on the table as they push local and national elected officials to take some sort of action.

[1:45] “I can only sit back for so long and stop asking the questions why is this happening,” said Mary Sireci, a local teacher. “I feel that I need to be part of a movement that can elicit change. When Columbine happened I thought it would never happen again because it was so horrific. We’ve got to be more proactive and really step it up and make change happen.”