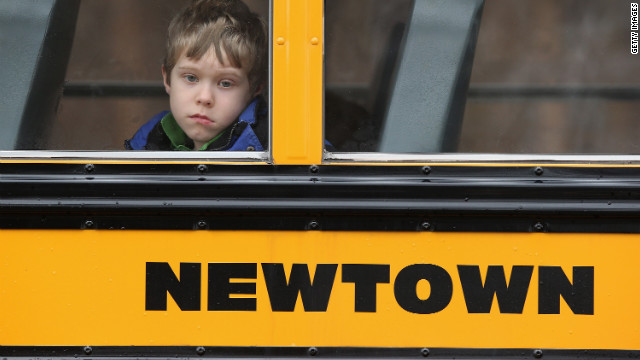 (CNN) - One of America's leading students of violence tells CNN that trying to prevent future massacres like the one at Newtown's Sandy Hook Elementary School should not be the driving force of America's policies to reduce violence.

"We can get misled if we focus on rampage killings like Newtown," says the man we've chosen for this week's CNN Profiles.

"To concentrate all of our violence reduction efforts on the most unpredictable, the hardest to control, the craziest incidents is, I think, a misallocation of resources," our guest tells us. He adds, "if we want to keep most people from being killed, it's the wrong place to obsess."

Who is this student of violence urging us not to "obsess" over Newtown when crafting our nation's violence reduction strategies?

His name is Steven Pinker, Professor of Psychology at Harvard.

One week after the Newtown massacre we reached out to Professor Pinker because he has immersed himself in the history and psychology of violence. His 832-page book, The Better Angels Of Our Nature, has a subtitle that seems to defy the headlines: Why Violence Has Declined. His is an important and heavily documented perspective to hear as we wrestle with the reality of the Newtown tragedy.

The first massacre of children that my oldest daughter ever heard about was one that took place in a high school in Finland in November of 2007. My daughter was only 9. She stumbled upon the news. It troubled her, to say the least.

And it led her to ask a question I have been trying to answer ever since. "Dad," she asked: "If the world were a movie, what would it be rated?"

On one level she was asking for reassurance that her world was safe, reassurance which we parents are advised to give in the aftermath of
such frightening news. Reassure, the psychologists tell us, but do not lie.

I posed my daughter's question to Professor Pinker. He gives us an answer that I believe many parents will find extremely useful as they
try to reassure their children - and themselves - while remaining truthful.