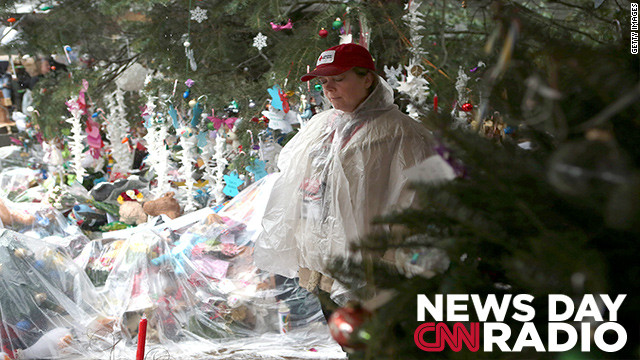 People pause at a streetside memorial during a moment of silence in Newtown, Connecticut.
December 21st, 2012
04:24 PM ET

"... while we may have not  been able to get the votes last night, they weren't taking that out on me. They, they were dealing with the perception that somebody might accuse them of raising taxes."

"The deals are quite... enticing.  Yes.  I've just gone in and bought something I probably wouldn't have bought  'cause the deal was so good."