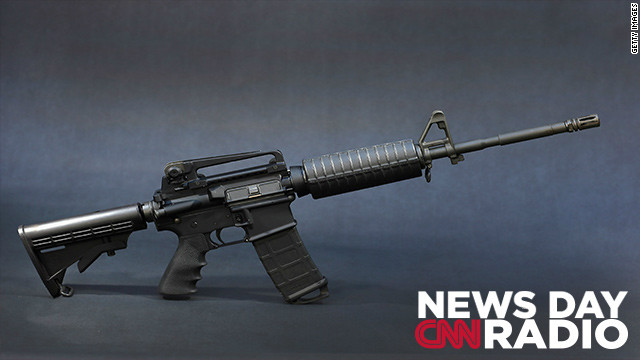 The Rock River Arms AR-15 rifle is similar in style to the Bushmaster AR-15 rifle which was used during a mass shooting at Sandy Hook Elementary School in Newtown, Connecticut.
December 26th, 2012
04:30 PM ET

"While it's a serious thing, it's almost comical in nature, because we knew this was coming since last summer. It's just really a deadline that was arbitrarily established and it's all sort of arbitrary," says songwriter Jeff Michaels.

You might as well just publicize.. you know.. stand in front of his house and when he's gone so you can go in and rob his house.  They're doing everything to deter people from legally owning guns.  I mean if I owned guns illegally it wouldn't be in the paper."

"I dare say that some people are put off attending church, but a lot of people want to make a stand and practice their faith despite the danger...  There is a lot of conflict in the north because of the drive to impose Sharia law on entire states – even states which have quite large Christian minorities."