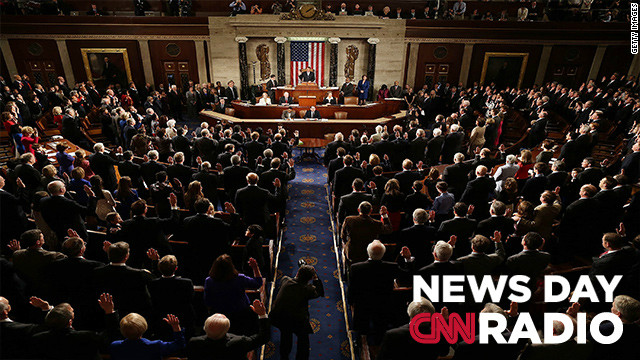 Speaker of the House John Boehner (R-OH) swears in the newly elected members of the first session of the 113th Congress in the House Chambers January 3, 2013 in Washington, DC.
January 3rd, 2013
04:30 PM ET

"My dad is out here, my mom's watching at home on television.  They're immigrants from India who came here in the 1950's.  So to watch their son get sworn into the House of Representatives one generation removed is really the story of America."

"There have been weeks of consistent bad news for the regime.  It's beginning to nip around the capital, and I don't think any observer at this point thinks that the Assad government really has a chance in terms of retaining long-term power over the country."

"Hollande says he's going to restructure the tax bill and send it back to the National Assembly and get it passed he believes so he can increase taxes on the extremely rich."