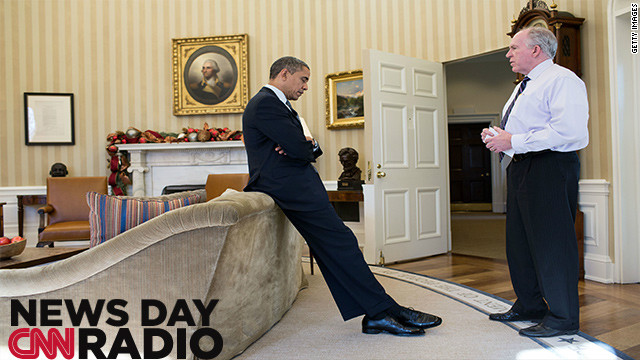 "He's often the one who picks up the phone or walks into the Oval Office, any time day or night,  to inform the President of a calamity.  Whether it's a terrorist strike overseas...a mass shooting in the homeland.  Whatever it is, he's usually the one that brings the news."

END_OF_DOCUMENT_TOKEN_TO_BE_REPLACED 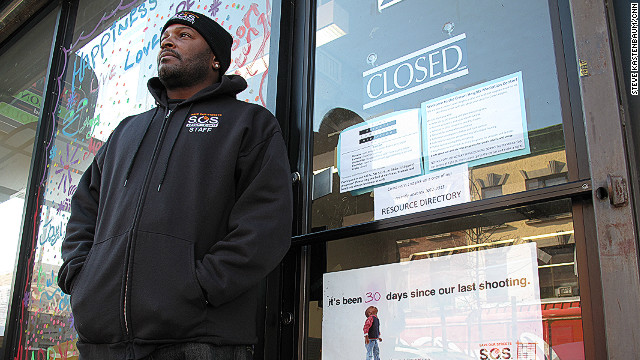 Derick Scott in front of "Save our Streets Crown Heights" in Brooklyn, a sign keeping track of how many days have gone by without a shooting.
January 7th, 2013
06:00 AM ET

(CNN) – New York ended 2012 with a historic low murder rate – 414 killings in all. It's the lowest the figure has been since police started keeping track in 1963.

Mayor Michael Bloomberg gives much of the credit to a combination of police tactics and some of the toughest gun laws in the country.

However, there is much more going on than stringent policing.

[3:02] "If you stake out a piece of territory like SOS has, basically a two square mile grid, we can suppress shootings here. We can lower the number of shootings here and the outreach team here has done that,” said Alan James, program manager at Save Our Streets Crown Heights, a community based project fighting gun violence in one Brooklyn neighborhood.