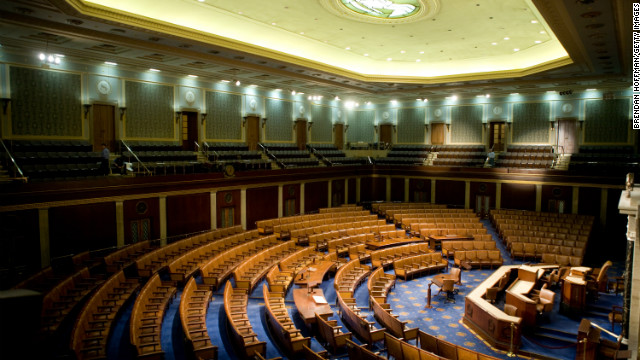 Capitol Hill (CNN) – It’s not just quiet at the U.S. Capitol this week, it is nearly silent. Both the House and Senate are gone. And the House plans to be in session just six more days for the rest of the month, including the Presidential Inauguration ceremony on January 21st.

Mickey Edwards, former congressman, R-OK, and co-founder of No Labels:

[:58] “The way it's done now, you're never in Washington consecutively for more then two to three days. It's hard to get work done.”

The bipartisan organization No Labels is pushing a list of reforms to “Make Congress Work”: from attaching Congressional pay to passage of a budget to making Congress work five-day work weeks the majority of the time.

But not all in Washington think more Congressional work is the solution. Libertarians believe gridlock and low productivity are good, preventing Congress from passing more government powers and regulations.

[4:37] "I would triple their pay if they would stay home all but one month out of the year."

The 112th Congress was one of the least productive in modern history, passing the lowest number of bills in at least 40 years.