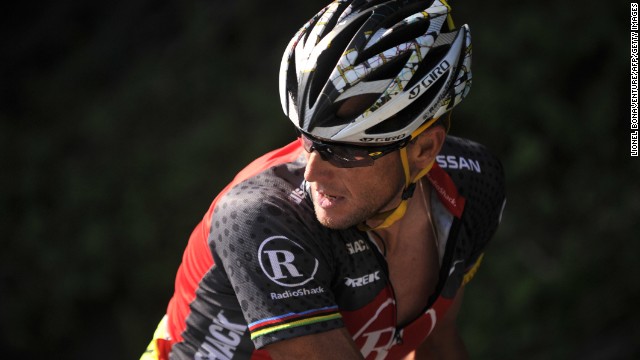 Lance Armstrong may have come clean to Oprah Winfrey because he wants to compete on a professional level again.
January 15th, 2013
06:24 PM ET

(CNN) - Why is Lance Armstrong  coming clean after denying doping allegations for so many years?

People close to the cyclist say he still thinks he has what it takes to compete professionally in triathlons, races that combine running, cycling, and swimming.

[1:29] “He’s trying to rehabilitate his image and get his ban lifted so he can compete,” said Bob Dorfman at Baker Street Advertising in San Francisco. He specializes in determining a professional athlete’s marketing potential. “You’re looking at appearance fees that could be pretty large. Just given the attention and hoopla surrounding this Oprah thing, I think a lot of people would pay money just to come watch him race whether he does well or not.”

As for his devotion to fundraising for people with cancer, Dorfman says it would be best if Armstrong was no longer associated in anyway with the Livestrong Foundation.

[2:08] “It’s possible that they may change their name, I don’t know. But I can’t see him staying attached to that group and it still having the success that it has.”