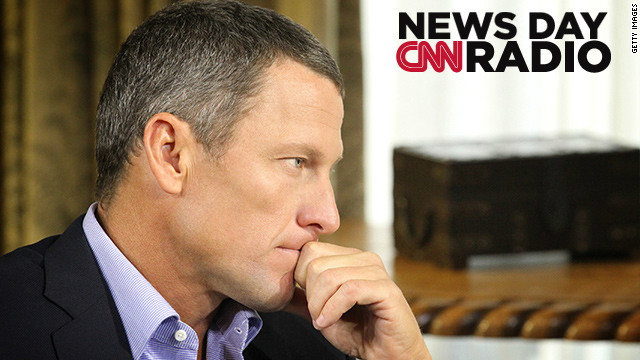 Lance Armstrong during an interview with Oprah Winfrey about the controversy surrounding his cycling career, on January 14th, 2013 in Austin, Texas.
January 15th, 2013
04:58 PM ET

"You're looking at appearance fees that could be pretty large... I think a lot of people would pay money just to come watch him race whether he does well or not."

"We are asking.  We are pleading, and we shouldn't have to beg for money for the Northeast."

"Abe Lincoln takes a fledgeling political party that's never won a presidential election before and makes it the dominant presidential party for 60 years."