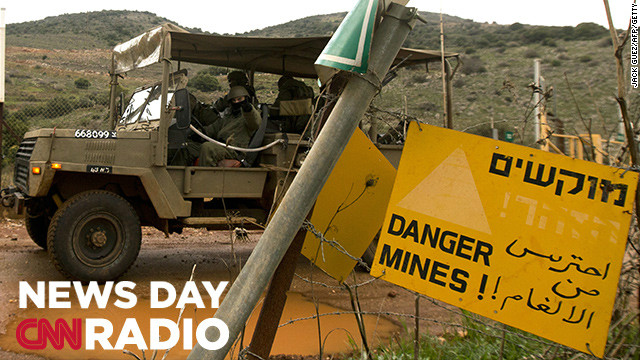 Israeli soldiers patrol along the Israel-Lebanon border on January 31, 2103 a day after an overnight Israeli strike in the Lebanon-Syria border area.
January 31st, 2013
05:12 PM ET

"What Israel and many many countries have been concerned about is that Syria has been handing over some of those weapons, over the border of Lebanon, into the hands of Hezbollah, a sworn enemy of Israel."

END_OF_DOCUMENT_TOKEN_TO_BE_REPLACED

Migrant plane crash victims get back their names

(CNN) – Sixty-five years ago this week, a plane carrying 32 people crashed in Central California's Los Gatos Canyon, killing all on board.

The dead included the four crew members and 28 Mexican citizens taking part in this nation’s first ‘guest worker’ program. As part of the program, called 'Braceros,' workers were flown in to ply American fields to help ease the US labor shortage caused by World War II. After a few months they would be flown back to Mexico.

Local resident Lisa Junnilla tells how one of those planes didn’t make it back.

[1:19] “...there was an explosion on the plane. And one of the wings fell off. Can you imagine how scary that would have been? And of course, you know, it was not able to fly and it crashed. And it was the pilot and the co-pilot and one of the pilots’ wife was the stewardess on the plane and the plane of course crashed and all those poor people perished. And they actually found some baby clothing in the wreckage but they were never able to find a child. It’s really tragic.”