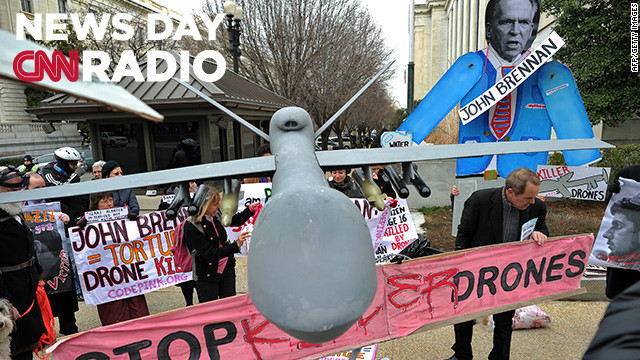 CodePink activists protest against John Brennan, the architect of the US drone war against Al-Qaeda, in Washington, DC.
February 7th, 2013
04:33 PM ET

"The president has insisted that any actions we take will be legally grounded, will be thoroughly anchored in intelligence, will have the appropriate review process, approval process before any action is contemplated, including those actions that might involve the use of lethal force."

"It was pretty scary. It was the kind of classic situation when you have a big mob marching toward a government building. the police are there having been ordered to stop them and protect it. For a while it seems like it's going to be peaceful then somebody throws a rock and suddenly the police respond with tear gas. "

"It's like a fighter going into the boxing ring. If you think you're going to lose before you even step into the ring, you've already lost."