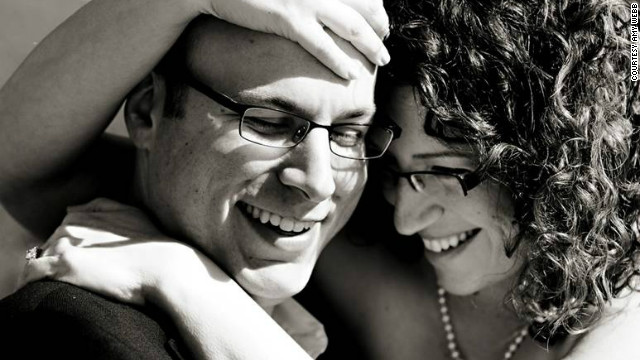 Amy Webb's high-tech approach to online dating helped her to meet the man she would eventually marry.
February 8th, 2013
08:32 AM ET

(CNN) - Way before Matchmaker.com, and eHarmony, and J-Date, in the days before 21st century computer technology - when mobile meant the fascinating object above your crib - there was: Operation Match.

Harvard was still all-male. Two of its lonely, single, undergrads were hoping to meet women. They figured, so were a lot of other students.

So these two Harvard guys developed a computer program and a questionnaire for young men and women.

Their system caught on at single-sex colleges across the nation.

One of the original 135 questions on that very first computer dating system: “Do you believe in a God who answers prayer?”

I know all this because I read Chapter 5 of “Data, A Love Story,” the new book by our guest on our pre-Valentine’s Day edition of CNN Profiles, Amy Webb.

Webb is not particularly religious.

In her effort to find her soul mate, she didn’t count on a God who answers prayer.

She couldn’t put her faith in her mother either. You’ll know why when you hear Webb talk about the guys with whom her mom tried to set her up.

So she put her faith online.

But Amy Webb says she found a flaw in the algorithms. A deep flaw.

She began doing more calculating of her own. She asked herself hard questions about what she really wanted in a man.

She put numerical values on each of the traits.

She was honest about herself, except the time she created a profile claiming she was a man in order to gather intelligence.

On this CNN Profile, you can listen to Amy Webb describe how the formula she created led to the happy subtitle of her book: “How I Gamed Online Dating To Meet My Match.”

Personally, I held out for serendipity.

But that doesn’t work for everyone.

It requires a lot of faith.