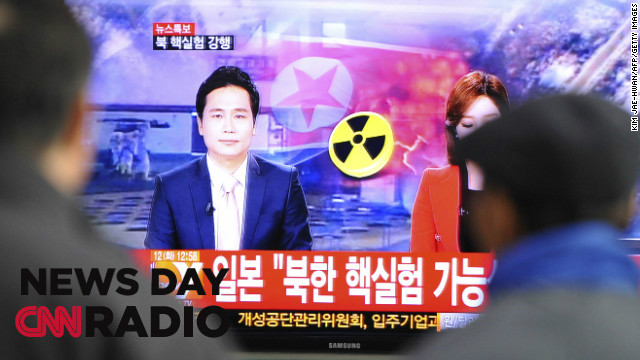 "This was not at all a surprise," says Chinoy. "The North Koreans have been making clear for several weeks now that they were planning to stage a nuclear test. The only real question was when. The timing, I think, is very interesting because this comes just before President Obama is going to deliver his State of the Union message."

“Remember we live in a very scientific age and so the man of faith is getting smaller and smaller because he can’t bring any proof to the horizon; where is this so-called God?’

"There's no water.  You can't really flush, so everyone's going in little plastic baggies and putting it outside their room."

Does the State of the Union matter?

(CNN) – Legions of journalists, dignitaries and self-defined VIPs will file into the Capitol tonight to watch an annual rite of democracy that is a show of power and priorities.

But, does the carefully choreographed State of the Union address affect policy after the hour-long speech ends? How much does it really matter?

[:20] James Klumpp, professor of communications and expert on presidential speeches, University of Maryland says “the State of the Union has a pretty bad reputation among those of us who study speeches, largely because so many of them end up being laundry lists of programs.”