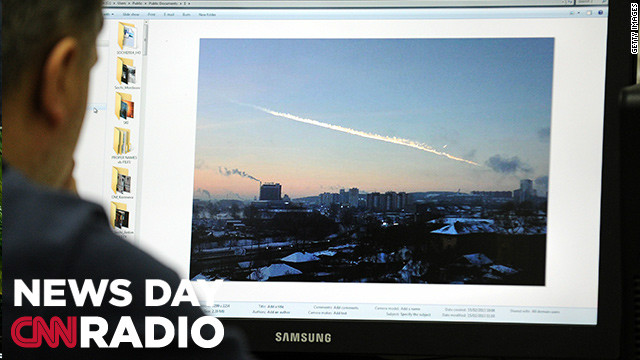 A man in Moscow looks at a computer screen displaying a picture reportedly taken in the Urals city of Chelyabinsk on February 15.
February 15th, 2013
04:52 PM ET

"This is a complete cosmic coincidence. 12 hours distance between this meteor hitting in Russia and when we're expecting DA-14 2012 to come. That's a massive difference when it comes to space objects."

“People are really only beginning to sort of come to terms with the idea of what democracy is and how do you achieve it.”