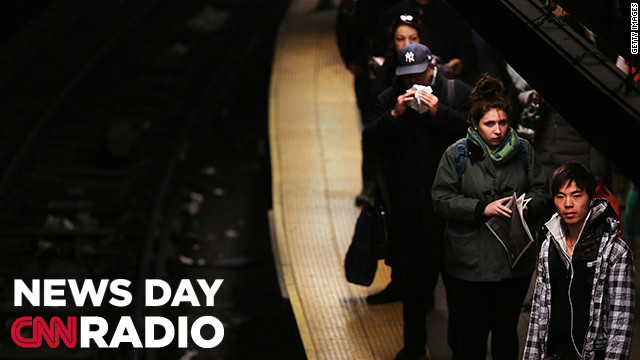 People wait for a subway at a Manhattan station in New York City. The city has been experiencing a rash of high-profile incidents involving individuals being hit by trains in suicides, accidents and people being pushed to their deaths.
February 18th, 2013
04:28 PM ET

“About 1.6 billion riders, 1.6 billion annually, ride the subway and, you know, approximately 50 people die. Typically it’s the result of a suicide. So the numbers are really very low.”

"They say that the reasons they are specifically doing this is because of Western aggression, Western meddling in Afghanistan and Mali in particular... What's striking about this recent spate of kidnappings...  is that they have not demanded any ransoms."