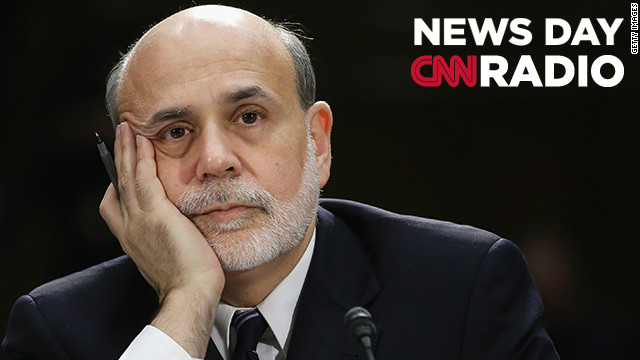 "When the Fed decided it was going to stimulate a global currency war as it did, did you embark on that thinking our country's in trouble and sort of the heck with everybody else? Or did you think it would leverage the wealth effect if everybody had a race to the bottom?"

END_OF_DOCUMENT_TOKEN_TO_BE_REPLACED

Who is Rosa Parks?

(CNN) - America loves Rosa Parks. And it loves to memorialize the woman who helped prod her nation forward when she refused to give up her seat to a white man in Montgomery Alabama back in 1955.

But do we know the real Rosa Parks?

Michigan Congressman John Conyers did. He hired Parks to work for him in Detroit after she and her husband got blackballed from working in Montgomery because of their civil rights work.

Conyers said a lot of people don’t know Rosa Parks’ history leading up to that day:

[2:05] "The standard thought that is common place is that she was just tired one day on the bus, and she was just going to sit somewhere. But actually this was carefully thought out in her mind, and she was determined to end segregation."

END_OF_DOCUMENT_TOKEN_TO_BE_REPLACED

The timing of the decision was convenient for a Brooklyn DJ named, Baauer. His song, “Harlem Shake,” started a YouTube phenomenon and launched to number one on the Billboard chart this week.

But Billboard's Director of Charts, Silvio Pietroluongo, explains the song would have made it near the top of Billboard's Hot 100 without YouTube's numbers:

[1:54] "It isn’t like it’s not getting activity somewhere else. It would have been a top 15, maybe a top 10 record before we introduced YouTube. So it’s been aided by YouTube but it’s not like it’s showing up on the chart just because of YouTube." END_OF_DOCUMENT_TOKEN_TO_BE_REPLACED

How far has America come on race?

Shelby County, Alabama (CNN) - On Wednesday, the Supreme Court will tackle one of the touchiest issues it has faced in recent history. The focus is on a key enforcement provision of the Voting Rights Act called Section 5.

The provision’s aim is to prevent discrimination at the polls by requiring nine mostly southern states and additional districts across the country to check with the federal government before making any changes to voting policies. The states must apply for approval from the federal government for anything from new voter ID laws to simply moving a polling place.