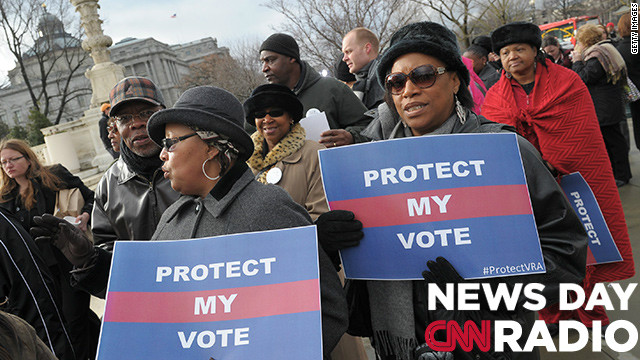 “The idea was that the Justice Department could oversee to make sure there was no discrimination. And Congress renewed that law just a few years ago back in 2006, and that prompted a challenge from a county in Alabama...and they say these changes are unfair."

" They're considered dirty water dogs because they're probably all day in the water – boiling, steaming. It's a New York thing nobody else knows it. If you say a dirty water dog somewhere else in another state, you'll probably get smacked with the hot dog."