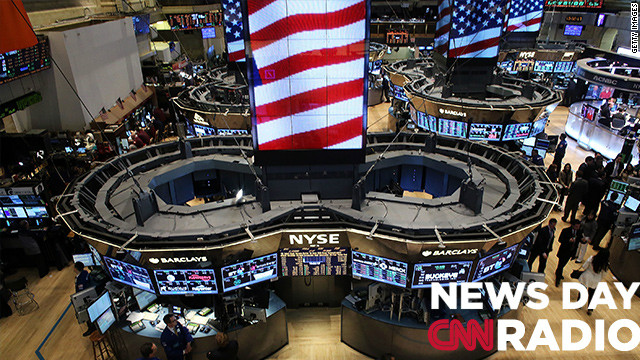 "Imagine this: A big huge fire hose of money, spraying out the windows of the Fed, everyday, to the tune of $40 billion a month, that's how much money the Fed is pushing into the economy, and some of that money is finding its way into the stock market."

“When you have somebody tell you that your marriage is not equal to your counterparts, because of who you’re married to, you can’t be a parent to this child – it’s very hurtful. I mean, honestly, when the first birth certificate came, it felt like someone had smacked you,” says Heather Gartner.

"We firmly believe as a business that it's going to be the biggest non-sporting event that we've ever had betting on. The last time we were betting on the last pope back in 2005, we took over a million euro, and we certainly expect to exceed that amount this time around."