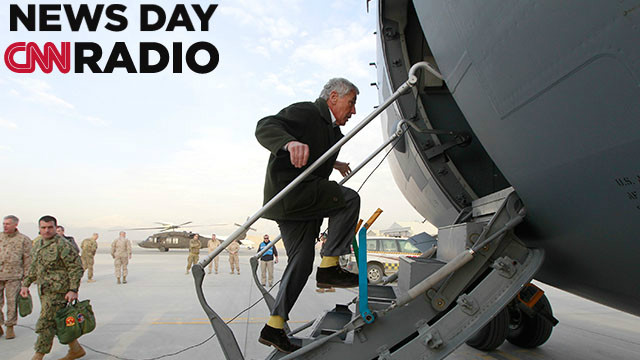 KABUL, AFGHANISTAN - MARCH 11: U.S. Secretary of Defense Chuck Hagel steps aboard a C-17 military aircraft as he prepares to return to Washington on March 11, 2013 in Kabul, Afghanistan. Hagel ended his three day visit to Afghanistan on Monday, his first as Secretary of Defense. (Photo by Jason Reed-Pool/Getty Images)
March 11th, 2013
04:52 PM ET

"Much of what president Karzai is dealing with is his own political situation. And in that kind of a situation, there are difficulties to deal with."

"Most of our small towns have people in them that are gay, and live peaceful lives, they are not made to feel like outsiders. And so what occurred to me was the political debate didn't really match up with what was going on in Iowa communities."