(CNN) - Ever since its surprise nuclear test last month, rhetoric from North Korea has grown increasingly bellicose. But as North Korea threatens nuclear strikes, the United Nations has called for a resumption of the six-party talks, a return to diplomacy.

Scott Snyder has studied this issue for the Council on Foreign Relations:

[1:11] "This is just about the tenth anniversary of the establishment of six party talks. It's probably a good time to stop and take stock of where we are."

END_OF_DOCUMENT_TOKEN_TO_BE_REPLACED 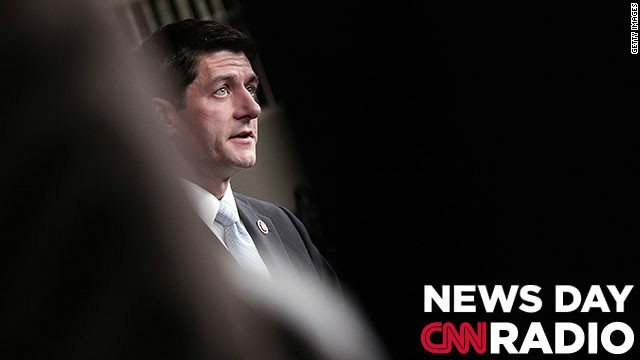 Rep. Paul Ryan, Chairman of the House Budget Committee, joins with other members of the committee as he presents his budget plan during a press conference at the U.S. Capitol on March 12, 2013.
March 12th, 2013
04:31 PM ET

"Ryan is using that money – that new tax money – he's trying to redefine the budget debate here. He's trying to say that a balanced budget should be the goal." END_OF_DOCUMENT_TOKEN_TO_BE_REPLACED

What a pocket knife could do on a plane

Capitol Hill (CNN) – The TSA is standing by its decision to allow small knives on planes.

Flight attendants and some powerful allies, including Sen. Chuck Schumer, D-NY, are digging in on their position against the change.

But few are talking about the specifics and what the small knives could or could not do on a plane.

Could one of these pocket knives be used to cut someone’s throat?

END_OF_DOCUMENT_TOKEN_TO_BE_REPLACED

Lansing, Michigan (CNN) - Marie Wolfe says she and her partner of four years, Becky, were as in love as any straight couple when they decided to start a family. Gay marriage is illegal in Michigan, but the couple exchanged rings and used a sperm donor so that Becky could get pregnant. Marie had always wanted kids, even before Becky, but couldn't have them herself.

The couple became the proud parents of twins, a boy and a girl, and three months after they were born Becky (whose name has been changed to protect her identity) and Marie went before a Michigan judge. Becky absolved her parental rights and with the help of an adoption agency and the judge the two adopted the children together.

Marie says they were given a state-issued adoption certificate and a new birth certificate with both of their names on them.

END_OF_DOCUMENT_TOKEN_TO_BE_REPLACED

'Leaning in' on her own

(CNN) - Bonnie Roskes is 43, the same age as Sheryl Sandberg, the CEO of Facebook and the woman who's essentially re-booting a new effort to get working women into more leadership positions.

Roskes is smart and educated. And she’s taken a very different path by forming her own company that produces educational materials that teach anyone how to create with 3D.

It started with one book and now she has whole series of books: 3D projects, geometry projects, and there’s an interior design book. END_OF_DOCUMENT_TOKEN_TO_BE_REPLACED