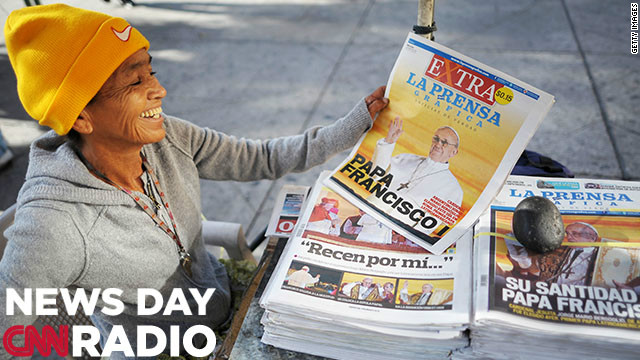 A woman in downtown San Salvador sells a newspaper with the announcement of the election of Argentina's cardinal Jorge Mario Bergoglio as the new Pope Francis on its front page.
March 14th, 2013
04:38 PM ET

"All we can do is look at his track record. Okay? An amazingly simple and sincere, transparent man. A man who deeply loves the poor. A man who is theologically well-grounded in the timeless doctrine of the church. "

"He is a master at the beautiful rhetoric. I want to see his actions.  It's not about what he's doing today, or what he did yesterday, what he did last week with having lunch with people. It's about what policies are going to come out of this conversation."

"It's amazing how many children there are – half of them at least are children, many of them with very little to do. There's a real sense, I think, of desperation there."