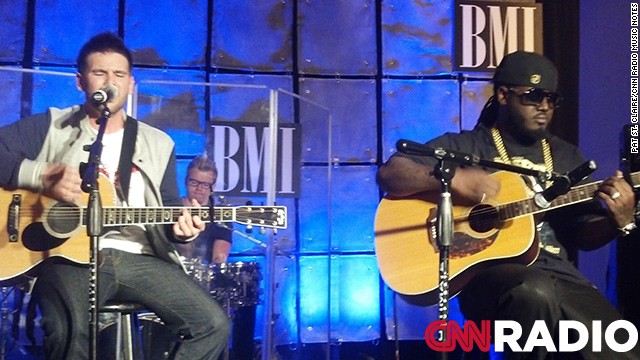 Well if you listen to this week's edition of CNN Radio Music Notes, you may be able to say exactly that.

Musician Shay Mooney describes himself as "a redneck in an urban world,"  but he's a redneck with a whole lot of soul.

CNN caught up with him last year in Atlanta when he performed at a BMI music event for new artists.

Mooney has a plan for his career, but he also says he is perfectly fine approaching it (and life) more organically:

Shay writes his owns songs and plays piano and guitar. He grew up in a large Southern family in the tiny town of Natural Dam, Arkansas, population: 500.

He says everybody in his family plays and sings. He began singing in the church booster band at the age of three. His influences are varied; everything from bluegrass and country to R and B. And, he says he pours his heart and soul into each one of his songs:

Shay made his way from Arkansas to Atlanta thanks to superstar hip-hop artist T-Pain. He's on T-Pain's Nappy Boy Entertainment label. Pain says he has 'nothing but love' for Shay's talent and artistry:

[4:39] "This guy writes a song in three seconds. I like the speed, it just happens so fast and we can move on to the next thing. I mean you can't find that any more. That's a diamond in the rough right there."

Since we first talked with Shay last year, he has moved to Nashville. Mooney has a new single coming out this Spring.