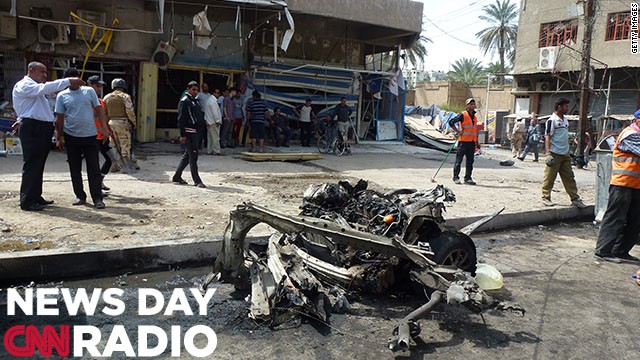 On the eve of the 10th anniversary of the US-led invasion of Iraq, people look at the remains of a car bomb explosion near the fortified 'Green Zone' in the Capital Baghdad that killed 50 people.
March 19th, 2013
04:43 PM ET

""Yes, I think it was, despite huge sacrifices the American people and the Iraqi people have made."

"He wants to transform the image of the papacy. And I think so effectively he's already done that by his actions...his words and his actions."

"The city isn't for everyone. There are plenty of gay guys who still live in the South because it's home to them, it's what they're familiar with. They fit in better there as the construction worker, the truck driver, the farmer, whatever. We're not all going to be photographers, artists, models... city dwelling, you know, sophisticates..."