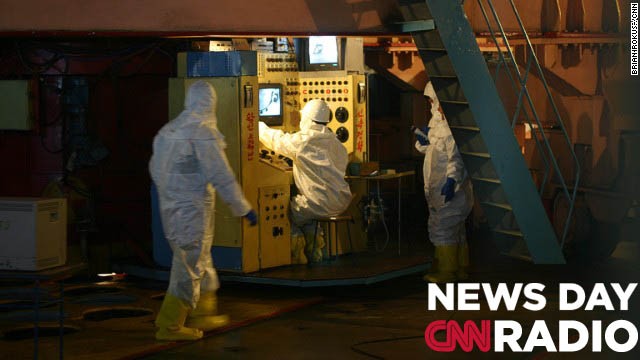 Workers remove fuel rods from the Yongbyon nuclear reactor in North Korea in February 2008. This image was one of a series taken during a trip to North Korea from February 23 to February 27, 2008 under the auspices of the New York Philharmonic's performance there.
April 2nd, 2013
04:31 PM ET

"The question now is 'what are their capabilities? How long would it take them to rebuild the cooling tower,and is the actual plant capable of immediately starting-up again? Most experts don't believe so."

"Teachers should teach but if there is someone willing to go through this training...that is an appropriate resource the school should be able to utilize."

"People are so nervous...you had the surveillance program in the previous administration, and people are worried in general about their privacy on the internet that it makes it an emotional issue.  How do we get around that. That's the political problem."