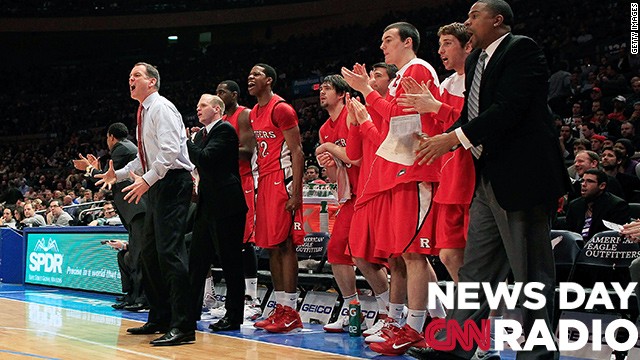 NEW YORK, NY - MARCH 09: Head coach Mike Rice of the Rutgers Scarlet Knights gestures from the bench during the game against the St.Johns Red Storm during the second round of the 2011 Big East Men's Basketball Tournament
April 3rd, 2013
04:42 PM ET

(CNN) –  It's happening right now, probably to your bank or your electric utility: the hacking of computer and network systems across the world. The crime goes well beyond garden variety personal identity theft. More and more, there are signs that cyber attacks are coming from coordinated criminal groups and countries that are adversaries of the U.S. - attacks that threaten the country's financial and national security every minute.

Reports of suspected hacking from groups connected to China, Russia and North Korea have risen in recent years. But suspicions of cyber attacks from a new player, Iran, may be the tipping point that could push cyber-defense legislation through Congress.

A bill to encourage threat information sharing from U.S. companies to the government failed last year. But this year, it's getting a fresh push, despite an old sticking point – privacy.

James Lewis, cybersecurity expert and senior fellow with the Center for Strategic and International Studies, says the mechanics of the Cyber Intelligence Sharing and Protection Act (CISPA) can be worked out, but there are still stumbling blocks:

[4:20] "The problem is political. People are so nervous...you had the surveillance program in the previous administration, and people are worried in general about their privacy on the internet that it makes it an emotional issue. How do we get around that? That's the political problem."

CISPA currently is in House committee. The bill’s sponsors say there are ongoing discussions with the White House about certain points in the legislation.