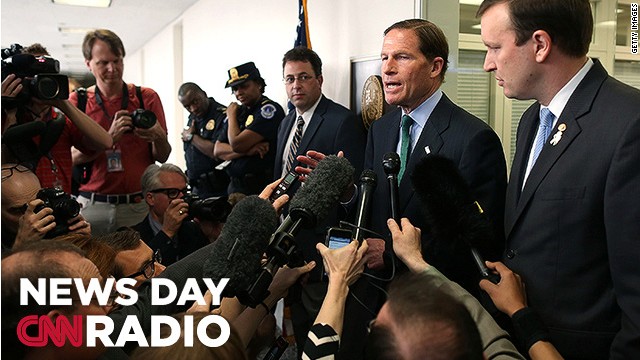 Connecticut Senators speak to the media after meeting with families impacted by the Newtown tragedy.
April 9th, 2013
04:48 PM ET

"It is insulting to the families of Sandy Hook, Connecticut who have gone through this tragedy to not even get a vote on the floor of the United States Senate on a gun violence package that 90 percent of Americans support. What's become of this democracy?"

"Even here in Western Pennsylvania where we do cling to our guns and our bibles, it's hard to find anyone who thinks that somebody should be able to buy a gun without checking to see if they have some criminal history or mental history that would suggest no guns in this guy's hands," says Jon Delano, public policy professor at Carnegie Mellon University.

“You have a person who is deemed to be a suspect of involvement in international crimes and that person has actually won an election.”