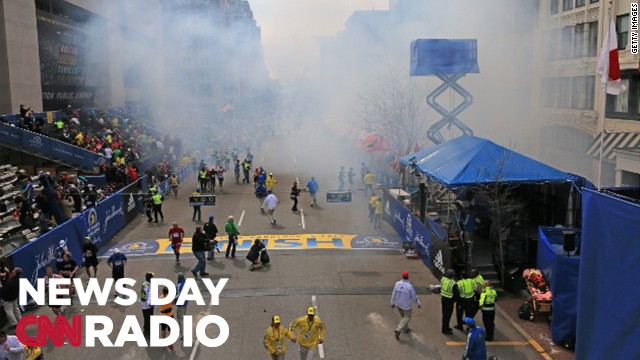 "The first one I saw closer to the finish line from where we were. It was big, it was booming, I saw a big mountain of smoke come up. About 10 seconds later across the street from me on the sidewalk another big explosion. People are hurt."

“It's staggering, isn't it? How that managed to happen and obviously that's what they're trying to establish here.”