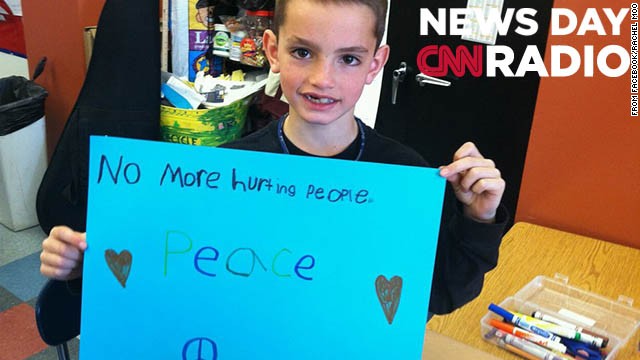 Photo of Martin Richard with a sign that says "No More Hurting People Peace". Almost a year ago, 8-year-old Martin Richard wrote those words on a sign at school. He died Monday in the Boston bombings. (photo: Facebook.com)
April 16th, 2013
04:33 PM ET

"Almost all of them had such severe trauma in their lower extremity that it was beyond salvation, so I would consider them almost automatic amputees. We just completed what the bomb had done."