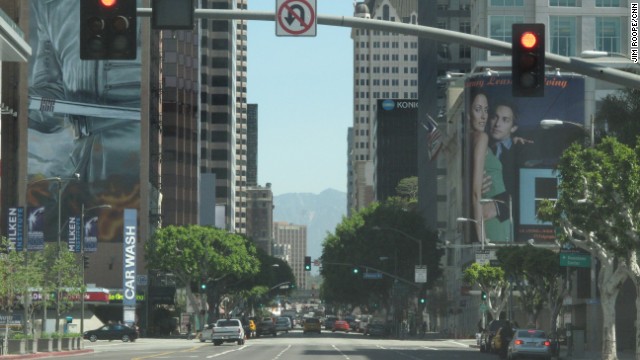 Perfect Timing: Los Angeles synchronizes all of its 4400 traffic signals

(CNN) – Take a ride with me on a major thoroughfare in Los Angeles. The city's mayor, Antonio Villaraigosa, just announced that all 4400 traffic signals along all 7000 public roadways are synchronized.

We wanted to find out exactly what that means for drivers.

[1:24] “I’m kind of ashamed to admit this but I think traffic lights are incredibly cool.”

[2:03] “You use traffic signals to ensure that all movements are accommodated."

Synchronization does not mean that once a light turns green all others will be green as well, but it does mean that the lights adjust to the amount of traffic, says Ed Yu with the LA Department of Transportation:

[2:50] "The way the city of L-A is set up is we try to synchronize major corridors and major corridors…they cross. So we have to pick a location where we have to balance it to the demands of the traffic that day.”